Ten miles north of Pensacola, Florida, on the west bank of the Escambia River, an aging chemical plant, its tanks, smokestacks and stainless steel pipes sprawling across hundreds of acres, is a climate killer hiding in plain sight. The plant, owned by Houston-based Ascend Performance Materials, makes adipic acid, one of two main ingredients for nylon 6,6, a strong, durable plastic used in everything from stockings to carpeting, seat belts and air bags.
InsideClimate News Link to Story

Crossing the Line: A Scientist’s Road From Neutrality to Activism

A broken solar panel that once hung in the window of Nathan Phillips' Boston University office now serves as a message board, propped against the wall next to the professor's desk. Taped to the panel are faded yellow pages from The Daily Free Press, the university's student newspaper—articles from the spring of 1986, when BU student Yosef Abramowitz staged a 14-day hunger strike demanding that the university divest from companies operating under South African apartheid.
InsideClimate News Link to Story

Why Worry About Ticks? This One Nearly Killed Me

The fever started on a Monday morning in June. By Friday, I woke up in a bed at Mount Auburn Hospital in Cambridge, Massachusetts, with yellow skin, an inflamed liver, a dull pain in my stomach and a doctor offering me morphine.
InsideClimate News Link to Story

Sioux tribe's concerns echoed in reports by EPA & other agencies. Army Corps brushed them aside.
InsideClimate News Link to Story

FORTY years ago a secret military project in communist China yielded one of the greatest drug discoveries in modern medicine. Artemisinin remains the most effective treatment for malaria today and has saved millions of lives. Until recently, though, the drug’s origins were a mystery.
New Scientist Link to Story

The Boys Who Loved Birds

How the Iron Curtain’s great wasteland became Europe’s ribbon of life.
The Big Roundtable & NOVA Next Link to Story

Vortex Bladeless makes a turbine that looks intriguing, but it may not solve wind power’s challenges.
Technology Review Link to Story

Oasys Water is one of a number of companies that are taking decades old water purification technology known as reverse osmosis and turning it on its head.
NOVA Next Link to Story

Production and distribution of methane is full of leaks, and no one—not even the EPA—knows how much is lost.
NOVA Next Link to Story

Europe's migrating birds are being hunted to extinction on the Balkan Peninsula.
Yale Environment 360 Link to Story

My Identity Was Stolen. Here’s How They Did It

Each year 13 million Americans are victims of ID theft. Here's how they got my info and what I did about it.
NOVA Next Link to Story
View More Stories

I'm a staff writer for InsideClimate News where I cover energy and the environment with a focus on the individuals behind the news. I've previously written for the New York Times, Smithsonian, WIRED, Audubon, New Scientist, Technology Review, MATTER, NOVA Next and others.

Uprising, a feature I wrote about gas leaks under US cities won the 2013 AAAS Kavli Science Journalism Award and the 2014 NASW Science in Society Award.

The Boys Who Loved Birds, a feature I wrote about an effort to transform the former Iron Curtain into an eco-corridor running through the heart of Europe, won the 2016 Forest History Society John Collier Award.

I have a master's degree in science writing from MIT and was an environmental journalism fellow at Middlebury College.

Have a story tip? Ping me at phil.mckenna@insideclimatenews.org 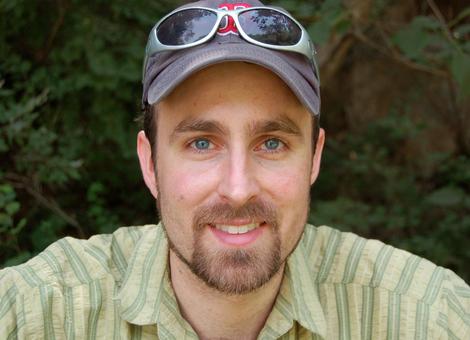